What is a Building Energy Rating (BER) Certificate?

A BER Certificate is similar to the energy rating you might get on a new electrical appliance such as a fridge. However a BER Certificate is also issued to you with a detailed Advisory Report, outlining the various improvements that can be made to your property to improve the efficiency and energy rating of your property. Once published, the BER Cert is valid for a period of ten years from the date of publication. It would have to be up dated if you carried out major renovations to the property.

The BER Scheme was established under the European Communities (Energy Performance of Buildings) Regulations 2006 (S.I. No. 666 of 2006). Sustainable Energy Authority of Ireland (SEAI) has been designated as the Issuing Authority with responsibility for the registration of BER assessors, logging of BER assessments and ongoing management of the BER Scheme. SEAI has put in place a comprehensive quality assurance system to audit BER assessors and BER assessments and to protect the integrity of the BER Scheme.

This is an image of what a typical BER Certificate looks like with the different potential building energy ratings between "A" for a highly efficient property to "G" for a very poorly rated property. 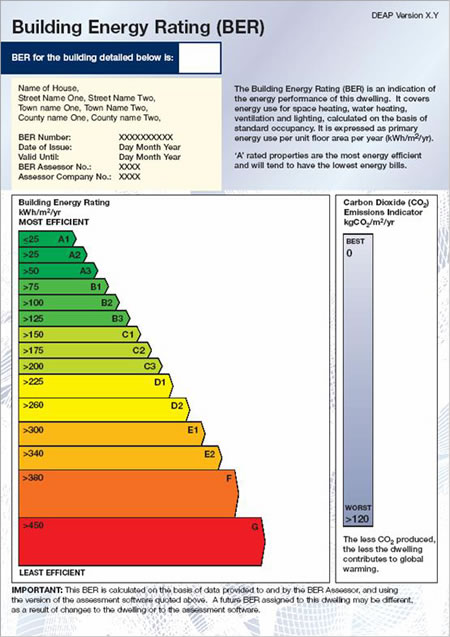 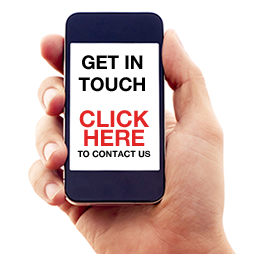 We didn’t want to pay the earth for Conveyance fees but wanted to make sure the purchase of our property was carried out quickly and correctly. John told us the cost of conveyancing upfront and there were no hidden costs. We would definitely recommend them.

From my very first phone call to this office and throughout the whole process I was kept fully informed of all developments right through to receiving the keys to our new home. I have without hesitation recommended you to friends and family and wish you all the best into the future.
PRIVACY POLICY   |   COOKIE POLICY   |   CONTACT US
© 2014 John Neville and Company Solicitors, 2 Glenageary Road Lower, Dun Laoghaire, County Dublin are fully bonded members of the Incorporated Law Society of Ireland.
TEL: 01 230 0022   |   Email: info@propertylawsolicitor.ie